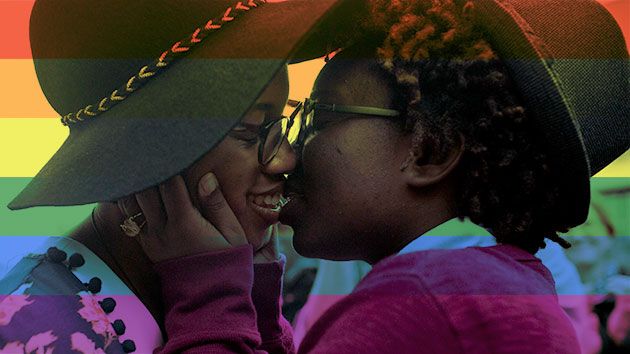 LGBTQ Americans have caused the country billions of dollars in structural damage, killed dozens of people, and displaced thousands more from their homes, according to the evangelical figures who believe gay people caused Hurricane Harvey.

Despite overwhelming evidence that adverse weather and climate change had a hand to play in the storm that has devastated parts of Texas, numerous voices emerged that suggested the biblical proportions of the flood were, well, literally biblical.

Among those crying “science be damned” and waving their pitchforks in the general direction of the LGBT community over the past week were minister Kevin Swanson, who believes the Bible preaches death to gays, and the similarly delightful radio host Rick Wiles, who thinks Ebola would be a handy way to wipe out the LGBT community.

Swanson said on his show: “Jesus sends the message home, unless Americans repent, unless Houston repents, unless New Orleans repents, they will all likewise perish.”

“That is the message that the Lord Jesus Christ is sending home right now to America,” he added, Advocate reported.

Wiles also observed, in comments carried by Right Wing Watch: “Here’s a city that has boasted of its LGBT devotion, its affinity for the sexual perversion movement in America. They’re underwater.”

Everyone’s favorite right-wing commentator Ann Coulter also suggested she’d be more willing to believe gay people caused the flooding than buy into the idea of climate change. Despite overwhelming evidence to the contrary.

“I don’t believe Hurricane Harvey is God’s punishment for Houston electing a lesbian mayor. But that is more credible than ‘climate change,’” Coulter wrote on Twitter.

Despite the comments from a number of conservatives that Hurricane Harvey arrived as some kind of punishment, fewer people have spoken out about the idea that Harvey is God’s punishment than with previous natural disasters, believe it or not.

According to the Religious News Service, many of the people who spoke out during Katrina and Sandy have kept quiet about Harvey because of its location in comparatively conservative Texas.

Member of Trump’s evangelical advisor board Michael Brown suggested people should not state Harvey was a punishment for specific sinners.

“We must be very careful before we make divine pronouncements about hurricanes and other natural disasters, as if they were specific acts of divine judgment against specific sets of sinners,” Brown said in comments carried by RNS.

“Houston is one of the few cities that has stood bravely against the rising tide of LGBT activism. Why would God single out Houston for judgment?” he added.

Mon Sep 4 , 2017
by Staff writer Children row a boat as they pass through damaged houses at a flood-affected village in Morigaon district in the northeastern state of Assam, India. 1. America A truck driver walks past an abandoned truck in the aftermath of Hurricane Harvey on August 28, 2017 in Houston, TX. […] 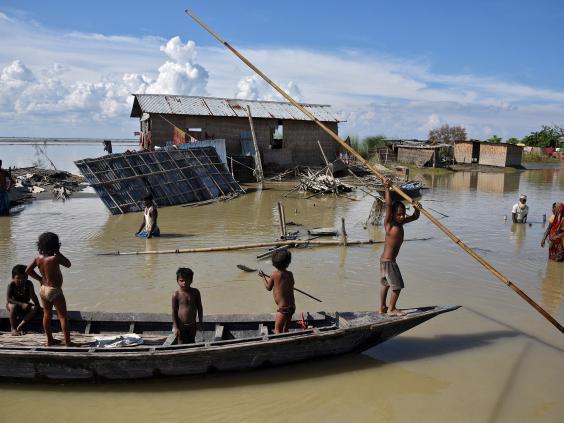