A statue of Michael Jackson has been removed from Britain’s National Football Museum in the wake of fresh allegations of sexual abuse against the late star.

Jackson is currently being accused by two men of molesting them when they were kids.

Wade Robson and James Safechuck accused Jackson of sexually abusing them over a period of several years when they were children in a four-hour documentary “Leaving Neverland,” the first part of which aired in the UK on Wednesday.


Jackson’s family has pushed back against the film, calling it a “public lynching.” The musician’s estate is suing HBO, which co-produced the documentary.

A statue of Michael Jackson has been on display at the soccer museum in Manchester since 2014, until it was taken down this week.

Michael Jackson’s songs are also being dropped by radio stations around the world.

The HBO documentary details disturbing claims that Jackson groomed and molested young boys in his home for several years.

Sun Mar 10 , 2019
by Staff writer A Chicago grand jury has formally indicted Jussie Smollett on 16 felony counts for lying to police and filing a false police report, according to The Hollywood Reporter. If convicted of all charges, Smollett could face up to 64 years in prison (each count carries a maximum […] 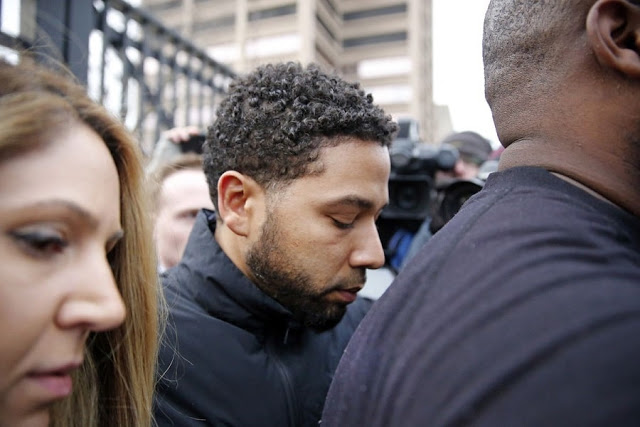