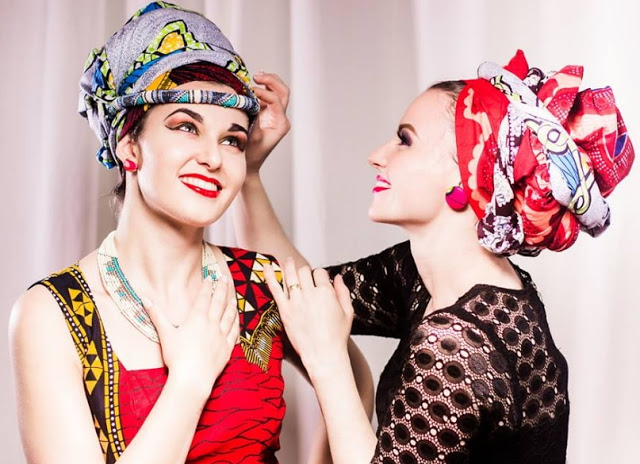 I just got back from a week stay in Lagos, Nigeria and I’m a blindingly white (an obvious Westerner)

It’s not dangerous if you understand the situation and take a few precautions, and really the impressions of Lagos as a dangerous city are somewhat outdated and over-hyped.

More about my trip below:

There are a number of Western hotels in the city. I stayed at the Sheraton on Victoria Island, which is a more affluent part of town than the mainland and is rumored to be safer. 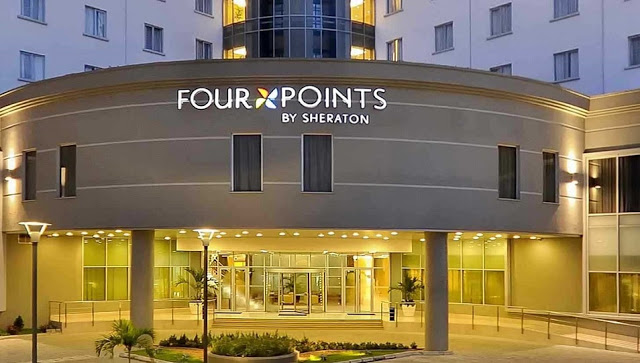 The hotel was secure almost to the point of absurdity: there were guards at the gate that checked all incoming cars for bombs, metal detectors on the way in, and armed security roaming the perimeter.

The other hotels looked similarly military-compound-ish, which felt weird but appears to be the norm for many private residences, too (with their tall fences, barbed wire, etc).

2. Getting around in Lagos

I didn’t see any white folks walking around in the streets, but there were lots in the hotel, stores, restaurants, etc., so the popular consensus appears to be that it’s plenty safe to go out as an obvious non-local as long as you don’t walk to where you’re going.

Personally, this was maddening and I might’ve balked and done it anyway had I stayed in the city longer; do so at your own risk though.

I had a pre-arranged driver, which is the recommended method of transit for out-of-towners.

You definitely don’t want to do any driving yourself in Lagos – it’s a city with 20 million people, roughly 19 million of whom appear to own a car and operate it most hours of the day, while the rest of the population zooms around in beat-up cabs and minibuses driven by complete maniacs.

The cab drivers don’t have a sterling reputation (see aforementioned maniacs), though I was told Uber operates in the city and is fairly well-received.

I didn’t try it out myself, though, so my recommendation would be to pre-arrange a driver (ideally via a local or someone else who has stayed in Lagos) to save yourself some stress, particularly when coming from the airport to your hotel.

The drive into the city crosses some rough neighborhoods, and given your starting point, you’re an obvious target.

Shopping, sight-seeing during the day, and restaurants are all safe and totally doable alone, but if you’re going out at night to a club/bar, it’s probably better to go with locals – for safety, but also because Lagosians are awesome.

I highly recommend The New Afrika Shrine for your requisite dose of local culture, adventure, and marijuana smoke – all in a fairly safe, controlled environment.

4. Word on the Street

I talked to both Lagosians and Westerners who’ve lived in Lagos, and the consensus among both groups was that the amount of crime in Lagos has gone down significantly in the past few decades, particularly violent crime.

The worst that might happen to you if you do venture out alone or get off the beaten path is getting mugged (robbed) – it’s virtually unheard of for foreigners to get killed, kidnapped, etc.

People tend to contrast this with a similarly-sized African city like Johannesburg, where violent crime is still very much a reality.

5. As a Lady… and other considerations:

If you’re a woman, you probably already know the drill – be extra careful because it’s just always going to be harder to feel safe anywhere in the world for you.

I’ll just add that the culture is a tad more conservative and religious than what I’m used to from traveling to big cities in Europe and Asia.

For example: as an adult woman, everyone expects you to be married and will be really confused if you aren’t or aren’t traveling with your husband.

This may not be a safety issue per se for a heterosexual woman, but it’s something to be aware of if you’re coming from a more liberal, secular culture, and especially for LGBT travelers.