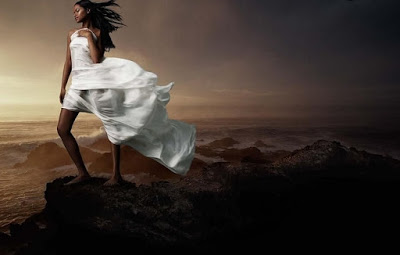 1. “The Most Tragic Event In My Life” by Tonya Easter

I was raped by mother’s crack dealer and she was in the room when it happened.

I was 10 years old when it happened.

I was sleeping on the bed in my bedroom when my mother woke me up.

She told me to go with her into the bathroom.

I noticed Larry, her dealer, was there as well.

In the bathroom, she was telling me “they” were after her and no matter what happened to keep quiet. This wasn’t strange to me at the time.

When she was high, she always talked about someone or something coming for her.

We walked back into my room and I saw Larry lying in my bed.

Immediately, my mother locked the door behind us.

I asked my mother why she locked the door.

She told me to shut up and get in the bed. I was confused because he was in it, on my bed.

He got up and grabbed my hand.

He started to lead me to my bed. I jerked my hand back and looked at my mom. Larry grabbed me and threw me into the bed.

I won’t go in detail but he raped me.

Right there…..in my bed while my mom smoked crack on the floor of my bedroom.

I remember crying and pleading for help from her but she did nothing.

I guess my screams did finally get to her cause she finally walked out of the room at some point. When Larry finished, he just rolled over and went to sleep.

I got up and wore back my clothes.

I went to find my mother and she was locked in her closet…her normal spot.

I went to school and told people about it.

Long story short, he went to prison for 12 years and my mother lost custody of me.

2. “The Most Tragic Event In My Life” by Jo Lindsey

The most tragic and most uplifting event in my life was the death of my youngest child during open heart surgery.

From the time I was very little I knew I wanted children.

My still small voice told me I would have a special child.

I fell in love, got married and had three children — a boy and two girls.

With each birth I asked myself if this was the one and I was told no.

I said I would love them with my whole heart anyway.

My marriage was in trouble and my husband had a job where he traveled a lot.

The year I got pregnant with my last child he was only home 2 weeks out of 52 and we only had sex once.

But this was the one.

When he was born, the doctors were afraid to tell me just how bad things were.

The first day the doctor said the baby had jaundice.

The second day two doctors said he had a heart murmur.

They asked to have a meeting with me and my husband the next day.

On the third day, a group of doctors told us he had a hole in his heart between his upper chambers and a second between his lower chambers.

Their prognosis was he would be dead in six months.

It was a good thing the baby’s daddy was there because I could not hear anything but static after that. I didn’t hear another word they said.

They released me from the hospital and kept the baby.

But the baby was only calm when I was there.

The natal ICU asked me to come and feed the baby every day.

To make a long story short he lived 18 months which was longer than their expectations.

He was doing so well with me they thought they could fix those two holes in his heart.

The night before the surgery the doctor stopped by to see the baby but did not want to talk to me.

He was arrogant but that is how many white doctors were with black patients back then.

When they opened him they discovered a third hole in the back that connected all four chambers.

He died on the surgery table.

They did not come and tell me; they sent an elderly volunteer to deliver the news instead.

The still, small voice that had been with me became the voice of God.

He spoke and stayed with me.

Stilled my grief and helped me to cope.

I still had three small children and no husband so I could not lose my mind.

I don’t care who believes in God or doesn’t, I just know what he did for me and continues to do.

3. “The Most Tragic Event In My Life” by Anonymous

I lost someone to suicide — she had attempted previously when we were together, and I saw her only a couple of days before.

I did not handle it well, and I will always regret not doing more to help her that time that I saw her.

I don’t think I really understood the gravity of the situation, or I was scared, or both.

We had broken up by that point and I didn’t know what to do, and she needed more help than I knew how to give her.

She was young, bright and beautiful and had moved to another part of the country to be with me, despite my telling her to stay where she was for her own education.

When that happened, a lot unraveled from her past – she had been through things as a child most people would have a hard time imagining.

I have been through my own depressions at various times, but this changed me.

This was over 15 years ago, but there are things about our relationship that still felt so close.

It took me many years to really be able to move forward with my life (I almost didn’t), and she will always be with me.

Some things you don’t get to do over.

If anyone reading this feels suicidal, or knows someone who is in trouble, please get help.

There are also online support groups out there.

And if you have lost someone to suicide, get help too — there are groups out there as well.

I met some amazing people and I was only sorry it took me so long to reach out.

These are very saddening tales, but there is a form of healing that comes with communication.

3 Replies to ““The Most Tragic Event In My Life””