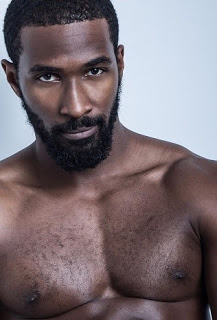 A girl moved into the house next door last Christmas.

She lived with her mother and they were quite poor.

Her father had abandoned them years before.

She was new in town and found it hard to adjust.

Although we both came from different backgrounds, she and I somehow got to be friends.

We were not very close friends, but I often visited her house and we would talk.

The moment I laid eyes on her, I knew she was the perfect girl for me.

Unfortunately, she didn’t feel the same way. She was attracted to boys who were handsome and confident.

It was clear that I wasn’t her type at all, so I decided to wait.

She didn’t have any friends of her own to talk to, so she confided in me.

Mostly, she would complain about her life, telling me how her mother hit her, how the girls in her class were mean and excluded her.

She also told me about a boy she had a crush on. He was very popular with the girls in school.

As she talked about her problems, I just sat there and listened.

One day, the girl stopped coming to school.

As it turned out, it was because she was being bullied.

She told me that one of the popular girls in school had found out she had a crush on her boyfriend.

The popular girl and her friends would bully her every time they saw her.

She said they even spread vile rumors about her to the other classmates and they were making her life a living nightmare.

I just kept quiet and listened as she vented her problems.

Her behavior began to change after she entered Senior School.

She stayed out all hours of the night and began to smoke cigarettes and drink alcohol.

I heard rumors that she was doing drugs too. She joined a bad gang and was even arrested by the police once.

Her home life grew even worse and she would frequently quarrel with her mother in the middle of the night.

All of the girls in school hated her.

Someone sprayed red paint all over her house, calling her horrible names and saying disgusting things about her.

Someone even killed her pet cat and tied it to the flower plant at the front of the house.

Eventually, the girl dropped out of school.

She became withdrawn and locked herself in her bedroom.

She stopped speaking to her mother and went for days without leaving her room.

She rarely came out even to eat. She looked pale, sickly and painfully thin.

Her mother took to leaving food outside her door. She would only come out when she needed to use the toilet or in the middle of the night when her mother was asleep.

It was a sad, miserable life.

I went to see her for the first time in a long time.

Her mother gave me a bowl of soup to take to her room. I caught a glimpse of her when she opened the door to take the food.

She was pale, drawn, haggard and emaciated. She looked like a wet rag that had been wrung out.

I went to see her every day. After a while, the girl began talking to me through the door.

She told me how she was constantly fighting with her mother and all of her old friends had forgotten about her.

She told me how she had fallen in with a bad crowd and went out with them at night, stealing, doing drugs and getting into trouble.

She told me how her mother tried to help her at first, but when she wouldn’t listen, her mother flew into a rage and beat her up.

Her life had become unbearable, she wanted to die. She told me she had tried to commit suicide many times by slitting her wrists.

Just like the old days, she continued to talk on and on and I just listened. Whenever she asked for my opinion, I just shrugged or made some mild remark.

As time went by, the girl’s mood gradually began to brighten.

She even decided to come out of her room. It seemed like things were getting better and the future was looking positive.

Her mother broke down in tears and thanked me profusely.

One day, the girl went up to the roof of an apartment building in the neighborhood and jumped off.

The building wasn’t very high and she landed in the shrubbery.

That was probably what saved her life. However, her spinal cord was injured in the fall and she was paralyzed from the neck down. The doctors said she would spend the rest of her life in a wheelchair.

When she got out of hospital, I went to see her. She was lying in her bed, unable to move.

She apologized to me over and over and she couldn’t stop crying. She said she wished she didn’t survive the fall and told me she was sorry for all the trouble she had caused me and her mother.

I tried to soothe her and stop her from crying, but it’s hard to comfort someone when they are lying down.

I embraced her awkwardly. She was weeping so much that her whole body was shaking. She couldn’t even wipe away her own tears.

As I held her in her arms, I asked her to marry me.

She appeared to be in shock.

She couldn’t believe that anyone would want her. I had to propose to her several times before she would believe I really meant it.

She cried so hard, her tears ran dry. I tried to reassure her and told her I wanted to marry her because I had always loved her.

She was the perfect girl for me. She always had been.

Even when she ignored me and didn’t return my feelings.

Even when she was hanging out with a bad crowd.

Even when I had to listen to all her stupid problems.

Even when she became so thin and was hiding in her room.

Even when I told the popular girl she fancied her boyfriend.

Even when I was spreading vile rumors about her to her classmates.

Even when I sprayed paint all over her house.

Even when I killed her cat and tied it to the plant at the front of their house.

Even now that she is lying here in her bed, small, weak and unable to move.

Even now I still love her very much.

You see, she is the perfect girl for me. And soon we will be married.

6 Replies to “Short Story: My Angel”