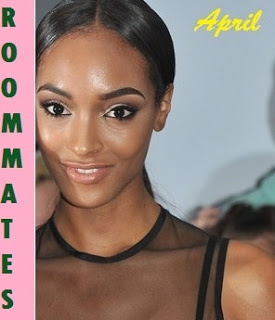 April and Loveth immediately took a cue and joined her in screaming.

In an instant, a huge chaos had emerged.

At the gate, many struggled for passage.

With the commotion, the security men became confused.

Outside, April managed to make out Loveth in the huge crowd.

She pierced through and held her hand.

Soon Georgina joined them. Together, they ran down the road a bit and then Georgina gave April her purse.

From her bra, she brought out Mrs Onwa’s phones and the USB recorder and gave to April too.

Then she pulled off her lashes and then her wig and gave to Loveth.

She turned her back to Loveth. ‘Draw down the zip,’ she said.

‘What are you doing?’ Loveth asked.

Loveth quickly drew the zip of the gown down.

Georgina took off her earrings and then pulled off the gown. Another gown of entirely different colour and fabric appeared in its place.

The girls were surprised.

Georgina folded the cloth with the jewellery and gave to Loveth too.

She bent and wore back her shoes. ‘You two go, I need to go look for Nwamgbeke.’

Loveth’s lips came wide. ‘You are going back inside?’

Without another word, Georgina started back into the hotel.

Georgina stopped and turned back.

She nodded and disappeared into the crowd.

April and Loveth stared for a while and then they ran across the road. April took out her phone and dialled the cab driver.

Back inside, many were still running up and down.

She saw a short girl who had fallen.

Quickly, she bent and helped her up. ‘Take off your shoes and move in the direction of the crowd!’ she told the girl.

The girl nodded and thanked her.

Nwamgbeke stopped struggling when the man above her tore her gown and her bra showed.

She just quit fighting and relaxed.

The man appeared a little surprised by this act. Now, too, his aggression came down a little.

‘Go and blinging condom,’ Nwamgbeke said to him.

The man stared at her. ‘Are you positive?’ he asked her.

‘I not look it?’ Nwamgbeke said.

To her surprise, the man’s lips curved and he began to smile. ‘That makes the two of us then,’ he said.

Now as if aroused further by the news, he spread Nwamgbeke’s legs apart and held her arms together above her head.

The man didn’t even behave as though he heard her at all. He was already consumed in his sick desire to have her.

He gripped Nwamgbeke’s arms with one hand now and with the other pulled down his boxers.

His erect penis thrust out into the air—scary dark organ.

Nwamgbeke opened her lips to their widest limits and screamed.

Outside, in the hall, Georgina heard something and halted. She turned and walked back to the door she just passed.

She pounded the door.

The man turned to the noise, halting.

Enraged, the man slapped her hard, so hard her neck jerked to a side.

Then he brought her arms to her mouth and pinned them there.

Georgina drew back and threw herself to the door. But the door didn’t budge.

She did it again and again the door stood stiff as rock.

She started to hit the door again.

With the little distraction the pounding noises created, Nwamgbeke struck.

She jerked her legs forcefully around and they slipped from the man’s hold.

She wriggled out of him as he fell off and dashed to the door with great speed.

He pursued her immediately, but she’d let the door open before he caught her again.

And Georgina and her glory flooded into the room.

Head first, she threw off her whole self at the assailant, sending him to the wall.

The man’s head slammed into the wall and he fell to the floor.

Before he could recover, Georgina shoved one of her heels into his neck.

He groaned out in sharp pain.

Nwamgbeke grabbed the table lamp and smashed it on him.

Holding hands, the two roommates made a dash for the stairs.

Downstairs, Nwamgbeke put one arm across her chest to cover her breasts.

Outside the gate, as soon as April sighted them, she told the cab man, ‘Go!’

And off the vehicle went, halting just in front of Georgina and Nwamgbeke.

They entered immediately and the car sped away.

It took Nwamgbeke two full days to come back to her former lively self.

‘Prease,’ she told the girls, ‘anytime you hearing about party again, not telling me o.’

Georgina smiled and said, ‘Oh, I have hearing’, mimicking her.

She got up and went to the chair where Georgina was and put her arms around her.

The next day, Mrs Onwa’s husband got a message on his phone. He downloaded the voice note and listened to it.

Afterwards, he played it again and listened.

Then he hurled the phone to the wall above the large Plasma TV.

That same evening, Mrs Onwa returned to find all her bags outside the gate and the entire locks changed.

‘April will be the one to go then,’ Loveth said.

‘You fining pass all of us na,’ Nwamgbeke said. ‘We needing somebody that will enter his head well.’

April started to smile instead.

‘Ha,’ Nwamgbeke said, confused. ‘Why I taking it?’

‘How can you say April is the finest, is it because I lost my hair?’ Georgina said.

‘But all of us losting our hair na?’

Georgina hissed. ‘April is just tall and is always using her eyes to make everybody think that she is fine! She is not fine anything!’

April threw her lips open in a great laugh.

Loveth stood and twisted round. ‘Well if April is finest, that means I am second.’

Now it was Nwamgbeke that roared. ‘Prease Sister Roveth,’ she said in between laughter, ‘don’t talk you hear, na both of us dey back!’

Loveth scowled at her. ‘Na only you dey back!’

‘On a more serious note, ladies,’ April said as their laughter died down, ‘I can’t be the one to go. I don’t even know what this Chuka guy looks like and moreover I have a quiz next week and I need the whole of this weekend to prepare.’

‘Nwamgbeke will tell you everything,’ Loveth said.

‘Okay, what about my quiz?’

‘What day exactly is your quiz?’ Georgina asked.

‘Then go, I will write the quiz for you.’

‘You are joking,’ April said. ‘Even if you somehow manage to get into the class, which I doubt, what do you know in Advanced Enzymology that you will write for me?’

April pulled a face. ‘Oya, mention one commercial use of enzymes,’ she said.

April appeared surprised. ‘Okay, what is the name given to molecules that bind to enzymes?’

‘I am sure jor,’ Georgina said. ‘Coenzymes are organic molecules that are required by certain enzymes to carry out catalysis!’

‘Give me an example.’

Now all the girls looked flabbergasted.

April craned her neck. She saw the end of her hand-out poking out from the pile of books beside the bed.

She picked the pillow and started hitting Georgina.

The girls were still smiling when Georgina’s phone started to ring.

Loveth passed it to her.

She saw the caller and her face turned mean.

The phone to her ear, she said, ‘What do you want?’

‘What did I ever do to offend you?’ Mrs Onwa’s voice came through.

It wasn’t anything like the way she normally spoke. She sounded weak, hopeless.

‘Not me,’ Georgina said, ‘but whoever offends any of my friends offends me as well.’

‘What are you talking about?’ Mrs Onwa said.

‘You caused the death of my friend’s best friend. He was your stepson too, yet your evil couldn’t spare him.’

‘You thought I killed Harry?’

There was a pause.

‘Well, you are free to believe whatever you want,’ Mrs Onwa’s voice came at last, ‘but if you’d done what you did to me aiming revenge, then I must tell you that you have maimed the wrong person.’

Georgina’s gaze froze. ‘What are you saying?’ she said.

‘Harry and I had our issues, yes,’ Mrs Onwa continued, ‘but I would never go that far!’ She hung up.

With the phone frozen in her hand, an open-mouthed Georgina turned to her friends. 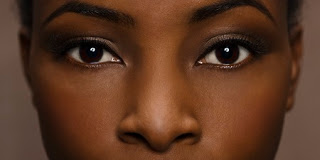