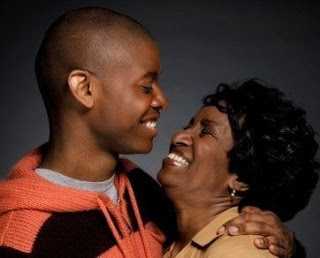 Sometime last week, I was sick.

My mum insisted I come home. I told her I was well already but she wouldn’t hear it.

She’d had a dream some weeks before I fell sick, she told me on the phone.

‘It is no ordinary sickness, my dear,’ she said. ‘They have started trying again.’

I heard her make a sound like a hiss. ‘Don’t worry, come home first.’

‘My friend come home, you have started again!’ she shouted.

I was still wearing the frown that came on my face when she finally said, in calmer voice now, ‘You said you are fine now, okwia?’

‘Then prove it by coming home, onwekwalu ihe no there?’

I sighed, shaking my head.

Other things aside, I actually wanted to travel too. I wanted to see her—I kind of like miss her— and also use the opportunity to attend a friend’s wedding.

Bimbo and I will be having ours soon and you know the number of guests that come to your wedding is directly proportional to the number of weddings you have attended.

At home, my mother kept checking my skin, as if to be sure it was really skin and I haven’t done some strange surgery to look so fleshy.

She pulled gently at my cheeks a few times and then sent her eyes into mine.

She expected I’d have gone slimmer, explaining why she made ofe owerre that night.

In the dream she had, as she narrated to me, I had stepped on a charm that was meant for someone else.

She set the table and called me. The bitter leaf soup was thick and praiseworthy, crowded with a dozen lumps of goat meat and other sumptuous obstacles.

The inexplicable scent of ogiri was strong in the air.

But as rich as the meal appeared to the eyes, it wasn’t really what I wanted to eat that evening.

Even the double storey of fufu that sat beside the soup plate cast a further discouraging spell.

It sat there on the flat plate like a fat aged woman clothed in white, appearing annoyed, upset.

‘Mbanu!’ my mother said, turning surprised and sad immediately. ‘I made the soup myself. Ejim akam sie ya.’

‘Can I have something lighter?’ I said.

My mother’s lips were open as she stared at me. I guess she was too surprised—fufu used to always be my thing.

Well, till I got a job and started dating. I always know the day Bimbo would smell fufu on my fingers would be the day our relationship would come to an end.

And that is the last thing I would want to happen.

‘Fufu and amala and poundo are all local stuff,’ Bimbo once said to me.

It was on our first date. I had taken her to Sweet Sensation.

‘So what would you like to have then?’ I asked her across the table.

‘Goat beef salad without too much serviette,’ she said.

I suddenly felt the urge to pee.

Back to the story, my mother asked me, ‘So what would you like to eat kwanu?’

‘Just something light I can manage for the night,’ I told her.

‘So you want to come here and start eating rice again?’ my mother said.

To her, rice is lighter than fufu. Most people easily think so too.

With a near face of regret she turned and called out to Ngozi to go and start boiling rice.

‘There is stew in the fridge,’ she said.

‘Let me go out to the street and see if the guy making shawarma is still there.’

An expression close to confusion overlay her face now.

‘So that is what you want to eat?’

‘Ok.’ She called out to Ngozi again.

Ngo Baby answered and for the first time since she started living with us did not wait to be called again before rising from the couch to come to the dining table where we were.

When my mother told her to forget about boiling the rice, the great sigh of relief that flew out of her seemed to ruffle her hair.

She ran into the kitchen and carried the pot of water down from the fire.

In a moment she had appeared at the sitting room again, throwing herself into the couch and clipping her eyes back to the TV.

‘Go to the backyard and catch the chicken,’ my mother told her.

‘Mummy, what do you need the chicken for?’ I asked.

She turned to me. ‘You said you want shawarma abi?’

‘So? Is it not shawarma? I will make it for you this night.’

My eyes widened at her, amusement creeping in. ‘Mummy do you know how to make shawarma?’

My mother hissed. ‘Ngozi biko go and kill the chicken, there is sliced bread in the fridge.’

31 Replies to “Short Story: Is It Not Shawarma?”