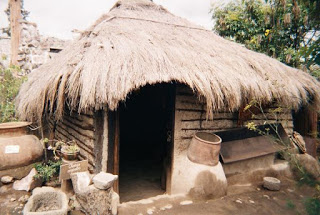 She hasn’t done it before. She did not know how it was done.

Though she had heard the day Nzekwe was seen hanging from a tree in the back of his hut.

And she had joined the other women in hissing and snapping their fingers, rebuking the cowardly act.


‘If truly he had been that miserable, why couldn’t he have talked to anybody? Even his own wife.’ That had been her statement that evening.


And the other women had nodded and said ehen, totally agreeing with her.


Now as she stepped on the stool, that statement—her own words—rang in her head.


Why couldn’t he have talked to somebody…


Even his own wife…


‘Nobody will understand!’ the voice in her head yelled out. It had been the one leading her all along, guiding her.


‘Who can understand the pain you feel?’ the voice continued. ‘Your sorrow—who? Have you not told them enough, shown them—but what else can they do except pretend to care!’


Ihuoma threw the rope over the branch, looped and pulled tight. She held the other end and tied a noose.


Raising it over her head, she halted.


It was the quieter voice this time. ‘No good will ever come from it,’ it told her. ‘It is not in your right to do. You can’t take what you did not give.’


She brought down her hand and fingered the rope now, her empty eyes fixed into the air.


She was swallowed in the dense shrubbery. The awakening sun cast a golden shade on the green leaves. Tiny nza birds were twittering on a nearby tree.


‘You should get on with!’ the other voice barked. ‘To which life do you want to go back? A life of pain and gloom? Sadness? Grief?’ Misery? A life of lonesomeness and infertility!’


Ihuoma quickly put the noose over her neck and kicked the stool away.


Her suspended body wriggled free in the air.


There are so many ways you can support DNB Stories. You can tell your friends about us, broadcast our links on Social Media, donate to us and buy our eBooks. But most importantly is visiting us daily and always putting down a comment after reading any story. DNB loves you!

The tall nurse lowered the calabash cradled in her hands on a carved stump under the kitchen shed. Inside it, two big fish wriggled in mucoid water.


She had run into Kamaogaese on her way to the market. The price he called was high, and although Chinelo was sure the short fisherman would not get that much at the market because there would be many others with a better catch [it was the good season], she’d paid him and taken the fish.


She walked inside the hut to fetch the clay pot.


And then she discovered she was no longer there. The warrior’s wife is not in the hut.


Her heartbeat quickening, she tried to calm herself. She had only gone to ease herself, she thought, made herself think. Yes, that must be it. Ease herself in the nearby bush.


But Chinelo obviously didn’t believe herself when she held the sides of her wrapper and scuttled off to the back of the hut.


There too, there was no sign of the warrior’s wife.


She craned her neck to look at the vast area of bush surrounding the hut. ‘Ihuoma!’


Her mind turned a cluttered mess. She wanted to laugh and cry at the same time. If a river appeared before her now, she’d quickly jump into it, for her skin had become hot. Hot in some places and cold in others.


She ran to the front of the house again.


Her face crumpled and she dropped to the ground. ‘Oh, gods of Aban, please,’ she started to pray, slapping at the soil, ‘please do not bring to me a question I cannot answer. Save me from this great burden, please, my ancestors, please!’


Just then the sky roared and the clouds massed together, casting momentary dimness over the earth.


In the forest, the rope severed and the body suspended on it fell.


Ihuoma was still on the ground.


Ebubedike and his companions finally spotted an ant hole on the sand.


Ngeli spread the powder over it and they joined hands, encircling it.


‘Little man, are you indeed sure you want to do this?’ Ebubedike asked.


Kobi quickly grabbed his hand. ‘Ask me that again and I will piss on you!’ He turned to Ngeli. ‘Shall we leaves now please?’


They bent their faces, shut their eyes and recited the words.


When they opened their eyes, they were standing in front of the tall cliff whence their journey had begun.


They started off, mind occupied with the call of home.


When they got to the junction of three roads, one to Nta, the other to Aban, and the other the one they were standing on, Ebubedike turned to Ngeli and said, ‘Woman of Nta, it indeed has been—’


‘Save your speech, warrior!’ Ngeli interrupted. ‘It is not time for it yet.’ She walked past him and led the way into the road to Aban.


Ebubedike looked at Anene and the tall musician shrugged with his lips puckered.


‘Hey, waits, all of you!’ Kobi screamed from behind. He was holding his leather waist cloth as he ran to catch up.


‘I tells you now to wait, waits! Waits for me, for I need to know which one of these towns whose peppers are the reddest and hottest. Kobi goes only to pepper town!’


Ngeli was smiling and shaking her head as they ignored Kobi and walked on.


At the great Aban Boundary, people have gathered, awaiting their return.


They gave up a loud cheer as they came to sight, running to them, touching them, as if to see if they were still human.


But they all avoided Kobi. Nobody touched him.


Ebubedike was surprised many have come, even titled men with their long, red caps.


The people followed them from behind, singing ‘Dike alotala! Dike jelu mba alotala!’ as they marched to the warrior’s house.


But as Ebubedike stepped into his compound, the singing died out.


All faces swallowed up their smiles and looked on in solemn quiet.


He flew into the hut.


There his wife lay, his all, still on the bed, eyes shut in insentience.


‘Nkem.’ He held her and touched her face. He sat on the bed and pulled her into himself, running his fingers over her face, his eyes filling with tears.


Finally, he let down the stream of tears and threw his lips open in a great loud cry. Large veins stood out on his neck and a thread of saliva hung across his wide-open mouth.


The people outside heard the warrior’s cry and it upended their hearts.


Ngeli and Anene were running into the hut when the Ama-Ngene priestess raised her staff in a halting gesture.


Kobi started toward the opening of the hut too.


Akuenwe slanted her staff towards him. ‘Step away, creature!’


Kobi folded himself and moved quietly away.


Ebubedike gripped his lifeless wife tighter. ‘Why?’ he began to say, his tears coming again. ‘Why now, my love? Why?’


‘Why now that it could have all been over?’


His tears have wetted the unconscious woman’s face.


He brought down his face and kissed Ihuoma’s forehead.


His vision was blurred. He did not know when the woman’s eyelids fluttered and when they opened.


But when she called his name in a low, muffled whisper, he felt it and his eyes ran down to her.


Her eyes were open.


Ebubedike blinked hard, as if to be sure his imagination wasn’t playing him.


‘Where did you leave me to go to, Ebubedike?’ she asked him.


Ebubedike started to smile. Then his shoulders heaved and he was chuckling.


After they found the warrior’s wife unconscious in the bush two days ago, they’d called the priestess.


Akuenwe did all she knew, but nothing worked. ‘I have not seen a case like this before,’ she said. ‘Her heartbeat has become normal and yet she would not rise.’


But that morning, Ihuoma’s breathing sank terrifyingly low again and the priestess only shook her head. When Ebubedike cried inside the hut, all had thought that it was finally over.


Ebubedike quickly opened the calabash. He brought her pot of scented oil and poured into the sand.


He knelt, opened a part of her wrapper and rubbed her belly over.


When he guided her out of the hut, the people outside cheered with great joy.


Embraces went round the crowd.


Anene spread his arms and Ngeli fused into him.


Kobi spread his arms wide to the young maiden standing near him. The maiden looked down on him and quickly drew away, her nose wrinkled.


Kobi shrugged. ‘But don’t I uses to be the finest in Uforo?’ he murmured, confused in the face.


Kobi grinned and bounced off to him. The warrior bent and picked him up.


Ihuoma trudged to Chinelo and hugged her tight. ‘Thank you,’ she said.


The tall nurse nodded, patting her back.


Later, Ebubedike would reward her plenty.


‘And that was how it came to be that Ebubedike begot a son,’ the old man narrating the story said. ‘To honour his friend, he called him Ojadili.’


He took a deep breath. ‘This is not a story of war and strength and battles, my children,’ he said. ‘It is a story of love. Love in its purest and most unrestricted form.’


‘Papa, you did not tell us what later happened to Kobi, the desertling that returned with them?’ a young man asked from the crowd.


The wrinkles on the old man’s face stretched in a weak smile. ‘In Aban, the good desertling thrived. He told great funny jokes for exchange of peppers. And later they found a name for him—dwarf!’


‘What of Ngeli, Nnaa?’ a woman with a baby on her back asked.


‘The amazon warrior settled with Anene, the flutist. Together they produced the first clan of women known for beating their husbands.’


‘Can we hear another story, Pa, please?’ a little boy asked.


A young man came and helped the blind man stand. Slowly, he guided him home.


The eBook of this story will be out soon, to be available on DNB Store, Okadabooks and other major online stores.


Some of the comments will appear as reviews in the eBook.

Thank you for reading.

Fri Jun 26 , 2015
Hello my DNB Peeps! How una dey? So last week, my talk was pulled down because of a complaint we got, which we now think we shouldn’t have anyway. Much as we want to appear all social and tush [permit me to use this word, I like it] truth is, […] 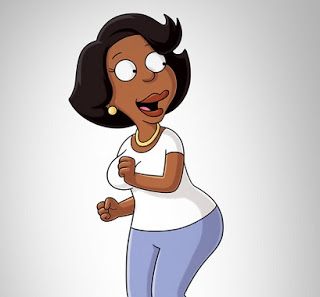